It has been over a year since I moved back to the United States, but it has taken this long to adjust to being back here. Now that I am settled in, however, my focus as an author going forward is continuing to write about the pirates (The Pirate Project) who operated out of the Bahamas almost 300 years ago.   Fascinating details emerged from my research over the past five years which puts several of the pirates in a new light.  For instance, some of them were organizing a Jacobite fleet to join with other supporters of the Stuart line to attack England in an attempt overthrow King George.   This was probably the real reason behind Blackbeard (Edward Thatch) being considered such a threat and so quickly targeted and eliminated by naval forces. Others were what we could nowadays consider to be entrepreneurs; educated, middle class men who sought to improve their social standing through the accumulation of wealth. Some of them, like Christopher Condent, actually managed to pull it off.

It is also clear that it wasn’t the tea tax that ticked off the American colonists. It was the attempted British tax on rum. So much so that the pirates of the Bahamas were hired to smuggle it in.  Then, when rum manufacturing began in the American colonies, these same pirates ran molasses, the raw ingredient in rum, from French Martinique.  This was a dangerous occupation because Britain and France were at war, meaning that the American colonists were trading with the enemy.  If either the British or the French navy intercepted these ships, all aboard would be immediately hanged.  And on top of that they also had the Spanish navy to deal with.  In spite of these hazards, however, the molasses continued to flow and rum ended up becoming a critical part of the colonial economy. 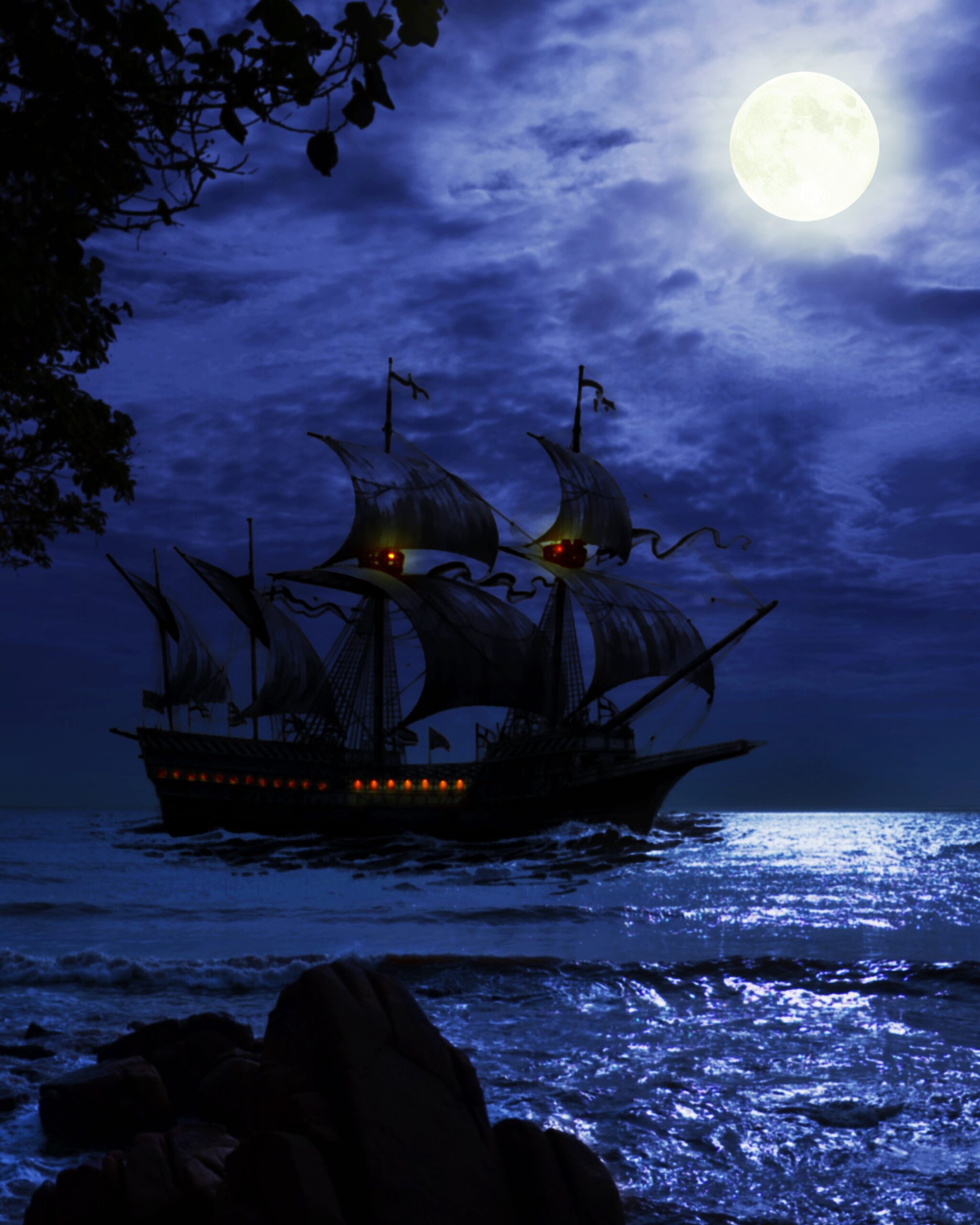 Stories about pirates are well integrated into our collective culture. We have been both fascinated and entertained by them ever since the first publication of the book, A General History of The Pyrates, by Captain Charles Johnson came out in 1724. But during the almost 300 years since then these stories have been embellished and re-woven into, in many cases, conflicting and often outlandish tales about who these pirates were and what they did. This has resulted in conventional wisdom regarding well known names, such as Blackbeard and Anne Bonny, being so off the mark as to strain credibility. Curious about the actual lives, and more importantly to me, the motivations of these colorful characters, in 2012 I began an extensive research project into the actual history of the pirates. While the research is still ongoing, I’m sharing what I have learned through a series of books which I am calling The Pirate Project.

The pirate project is all about the English pirates in the Caribbean and North America. My research has uncovered the circumstances that created piracy in the first place, the reasons that motivated people to become pirates, and the importance of piracy to the developing American colonies leading up to the American revolution. The project is broken down into three parts.

Part 1: The Pirates You Thought You Knew

This section examines the actual lives of the well known golden age pirates of the Caribbean and is based on historical research rather than conventional wisdom. These are being presented as a series of novels, Real Pirate Stories, which separate fact from three centuries of embellishment of stories, many of which were not quite accurate in the first place. I have taken license to infer the motivations of these colorful characters from the facts of their lives, and the story lines I’ve created both fit and explain those facts. As a result, these novels can then be considered to be the ‘real’ stories of each of the pirates. While these stories may differ significantly from what may be currently ‘known’ about them, they are equally fascinating and more likely to be closer to the actual truth.

Following the golden age of piracy in the early 1720s, pirates became vital to the developing American colonies as the Hanoverian Kings George attempted to clamp down on the freewheeling attitudes and activities that had been permitted by the Stuart Kings and Queens. Competitively priced goods plundered from Spanish merchants were sold in American port cities, and fast ships smuggled in rum and molasses from French Martinique, even while Britain and France were at war. Bahamas pirates explores the dependency of the colonies up to and through the American revolution and is revealed in a series of books seen through the eyes of the fictitious protagonists Jack Read, son of Mary Read and Jack Rackham, and Mary Burleigh, daughter of Anne Bonny.

Part 3: The Politics of Piracy

Piracy in the New World was supported by English monarchs from Elizabeth 1st to Queen Anne because it furthered national interests. Privateers, directly commissioned by the crown, enabled England to both harass the dominant European powers at the time while at the same time bringing in considerable wealth. Even during those times where there was no declared war, English pirates continued to attack Spanish shipping and traded the goods in colonial ports while officials turned a blind eye to the obvious contraband.

There was tremendous controversy in England when George 1st ascended to the throne following the death of Queen Anne. A group called the Jacobites felt that James Stuart was the rightful king, and they had strong support in the colonies because King George had officially declared the pirates to be outlaws. Archibald Hamilton, the governor of Jamaica, attempted to raise a navy of pirate ships, which was to be based out of Bermuda, to attack Britain in support in the Jacobite cause.

While the pirates generally supported the return of the Stuart line, only a few of them were actually politically inclined. In most cases, their motivation was to preserve the lifestyle that was now being suppressed by the Royal Navy.

The last conversation between pirates Anne Bonny and Jack Rackham:

“I’m so sorry to see you here, Jack.” Anne fought back her tears.  “Why did you let them capture us?  Wouldn’t it have been better to fight?  You might have won, and even if you didn’t you could have died like a man instead of like,” she sobbed.  “Like this.”

“Death is death, Anne. It matters little to me how it comes about, but this way you and Mary have a chance.  I doubt that the judge is about to hang women.”

“They said that you stood defiant at your trial and refused to apologize for your pirate ways, and that neither you nor Mary have demonstrated any contrition.”

“What is it with you two?”  Anne screamed at him, her whole body was trembling and she no longer cared that she had lost control over her crying.  “Neither of you are willing to show any regrets or remorse, even though it might end up saving your lives?”

“That’s because it would be lie. We can’t lie, Anne.  Doing so would go against everything we’ve ever stood for.”

“That’s right, Anne. Tomorrow, when the hangman puts that noose around my neck everyone will see that my face is smiling.  I’ve had a life well lived, and I thank you for being a part of that.  In these past weeks I’ve known the passion I’d always dreamed of, and I’m happy to go out with the last part of my life being the best part of my life.”

Anne was speechless. She was terrified of dying and would do or say anything to avoid it, and he was blithely referring to his impending execution as if it were just another part of the ongoing adventure.  She clutched onto the bars for support and slowly shook her head while tears poured down her cheeks.

Jack reached through the bars and stroked her hair. “I’m dying at a time of my own choosing, Anne,” he said calmly. “And there are very few that ever have that opportunity.  You’re going to live and hopefully grow old, but growing old to me would be the worst kind of death.  This way I’m never going to be in a place where my body fails me and I can only live through memories while screaming in futile frustration from the inside.”

Excerpt from Love, Lust & Passion:  The Real Story of The Pirate Anne Bonny